The side plate side of the gun showing the bolt inlays with decorative treatment matching the rest of the furniture.. 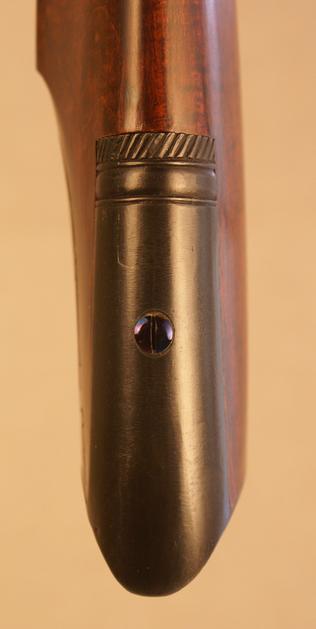 Back to Daily Weekly Updates.

Note matching decorative treatment on furniture and also timed screws, which means they all line up with axis of gun to give a really flowing look. 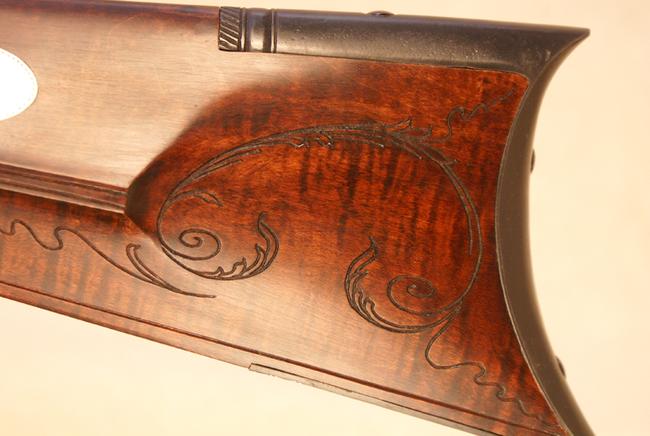 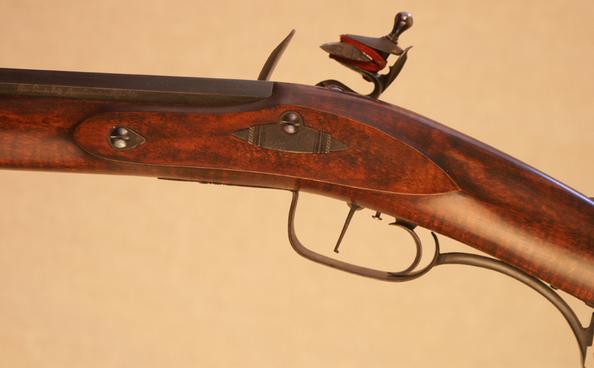 The fine little "hardware store" lock on the Mountain rifle. I build really strong springs and these little locks are lightning fast!!

Incised carving around cheekpiece and also on both sides of the belly line to give the gun a slim, sleek look.

Back to Southern Mountain Rifle.

I had built a customer a Southern Mountain Rifle several years ago that had interchangeable barrels.  He called up and asked if I would mind building him another Mountain rifle using the second barrel? I didn't hesitate long to agree that it would be a good idea and that I would be able to match some custom work that had been done on the first gun. I'd made a nice sterling silver cheekpiece inlay with his initial to customize and as long as I had a photo of it , I could match it pretty well. This is the full length view of the slim little thing and though he's not going to be able to shoot it for a while, at least he see what it looks like until he's back home again. 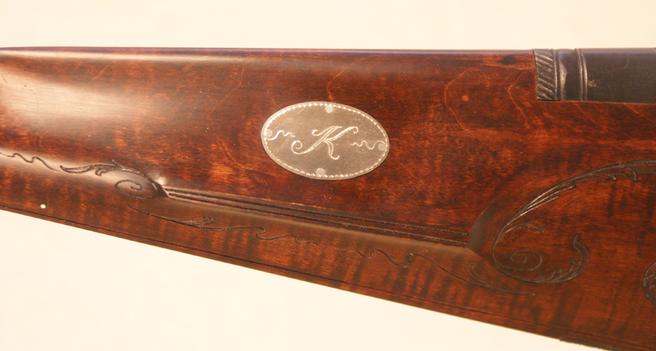 The slim wrist flowing into the butt area and also the cheek piece dimension can be seen here.. 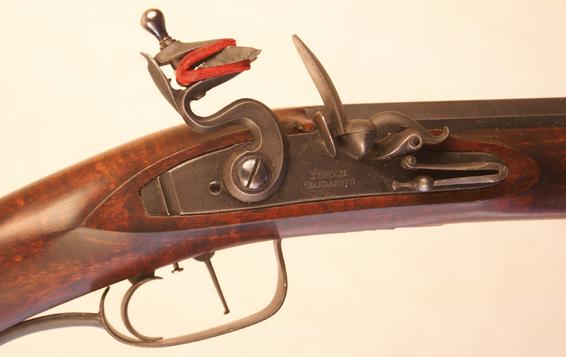