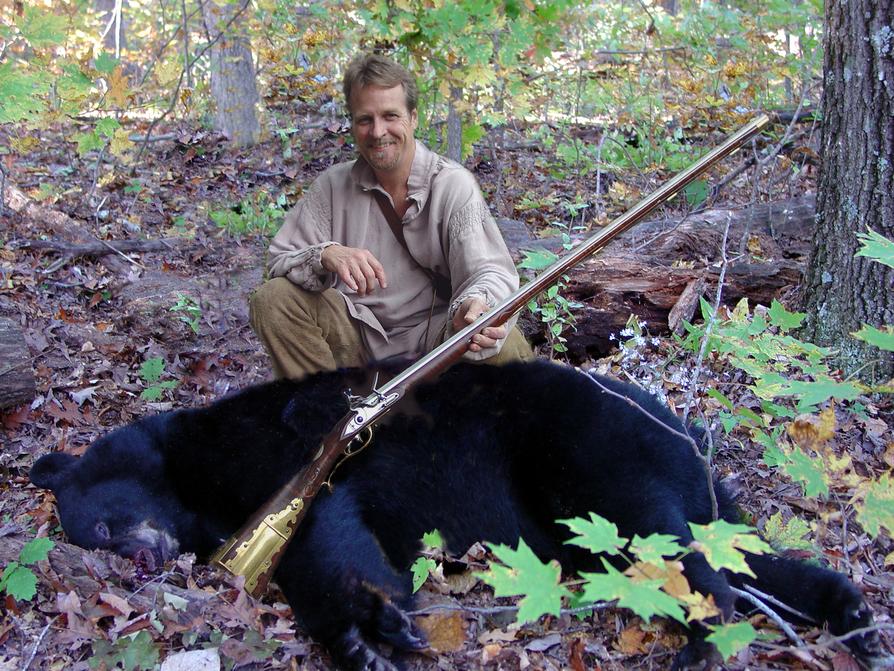 I now build a 30 inch barrel English fowler which has the 6 barrel interchangeable system, but with the octagon-to-round barrel configuration. I can also build the French Type "C" and "D" in a 30 inch version. All guns, except the Mountain Rifle, come with brass furniture.

Sliding wooden patchbox- $275 on all English pattern guns, right or left hand.The English Officer's Fusil can be fitted with a bayonet lug-$45 and bayonet-$115 if desired. Percussion version of ALL English pattern guns is $100 extra-Right hand only.

Jug choking $95 plus $25 shipping for standard shipping in continental U.S..

All firearms are stocked in maple. The French Type "C" and all English Fowler pattern guns come with nicer, upgraded quality stocks since these are high quality gentleman's guns. The standard stain is a very nice medium walnut color with added red maple, yellow maple and ebony tints for maximum figure and grain enhancement. Any and all firearm stocks can be upgraded, based on the added amount of money the customer wishes to spend extra. Just ask for details when ordering.

Danny took this bear, approximately 400 lbs., with the first Crockett Rifle built. The chase for an Arkansas bear lasted 7 years before this smart old bear came in at last light during the black powder season. With the sterling silver front sight glowing in the dusky evening, the ball was placed perfectly and the bear only made it about 30 yards! Don't think small caliber round balls aren't deadly! The Crockett Rifle is .48 caliber and uses a .47 caliber round ball! I did load for bear, using a double ball loading for a little extra pop, since I knew I was hunting a really big bruin.