I had to decrease the light drastically to achieve a non-glare picture because polished ivory is so glossy, but you can see the portrait much better here, which is about twice actual size. It was an honor for this hillbilly to be chosen to do such prestigious work for such a great American as President Reagan.

The opposite side of the knife was scrimshawed with the Statue of Liberty and the 2 tiny figures at the bottom of the statue represent President Reagan and Mikhail Gorbachev, who had settled the Cold War between the U.S. and Russia.  The gorgeous walnut box was built by an artisan, Churchill, from Louisiana

Back to the Caywood Chronicles page. 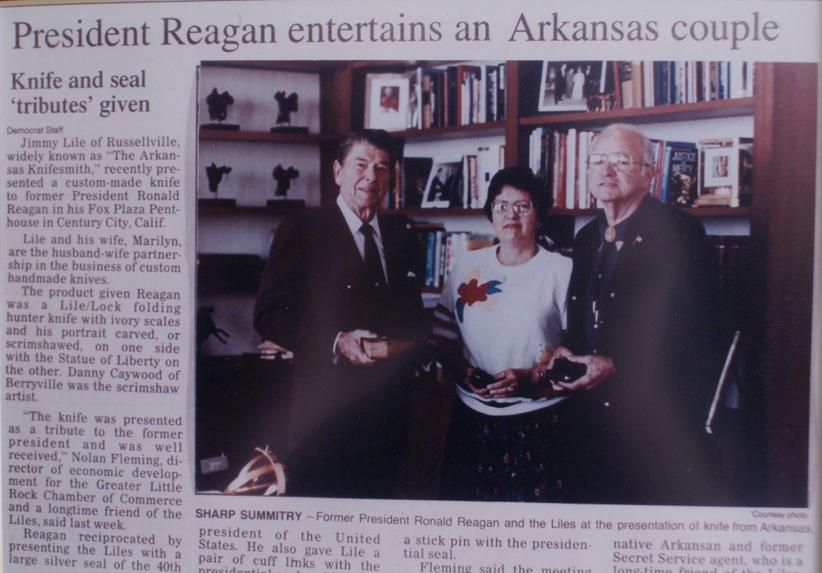 The ivory insert on the curly walnut box lid was scrimshawed with the Seal of the President of the United States. There were 50 stars to create, not a fun thing with spacing and symmetry being so critical.

This article appeared in the Arkansas Democrat Gazette in the late 80's I believe. I had known Mr. Lile for many years prior to doing this project for him. Jimmy was such a kind, gracious person and he always urged me to continue my artistic pursuits and achieve the most I could though my artwork. I was rewarded by eventually being chosen to do all of the ivory carving work on his knives, working on knives as high in value as $10,000. I worked as a contractor for Mr. Lile for approximately 8 years before he retired. 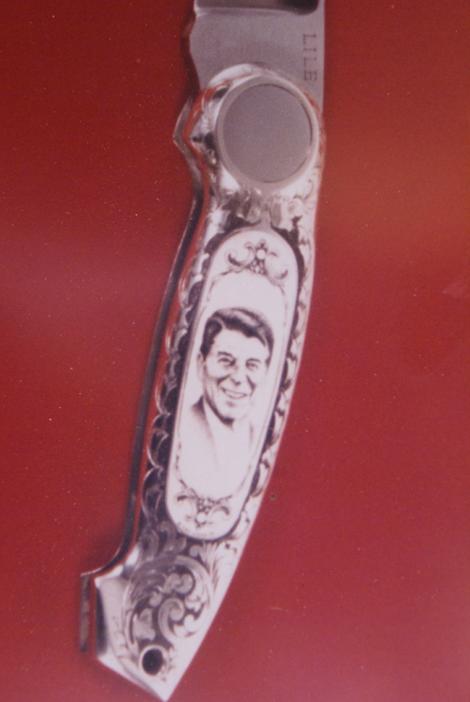 This is the folder resting inside the velvet interior of the presentation box. 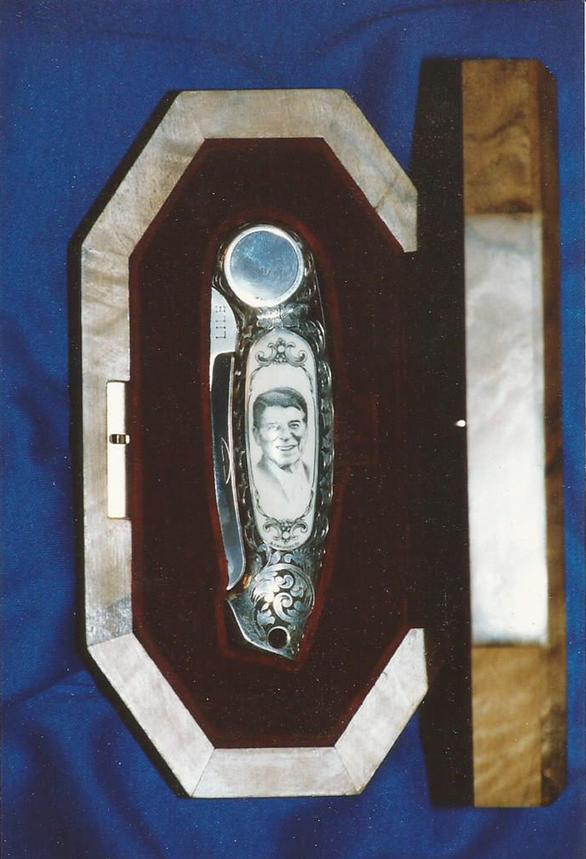 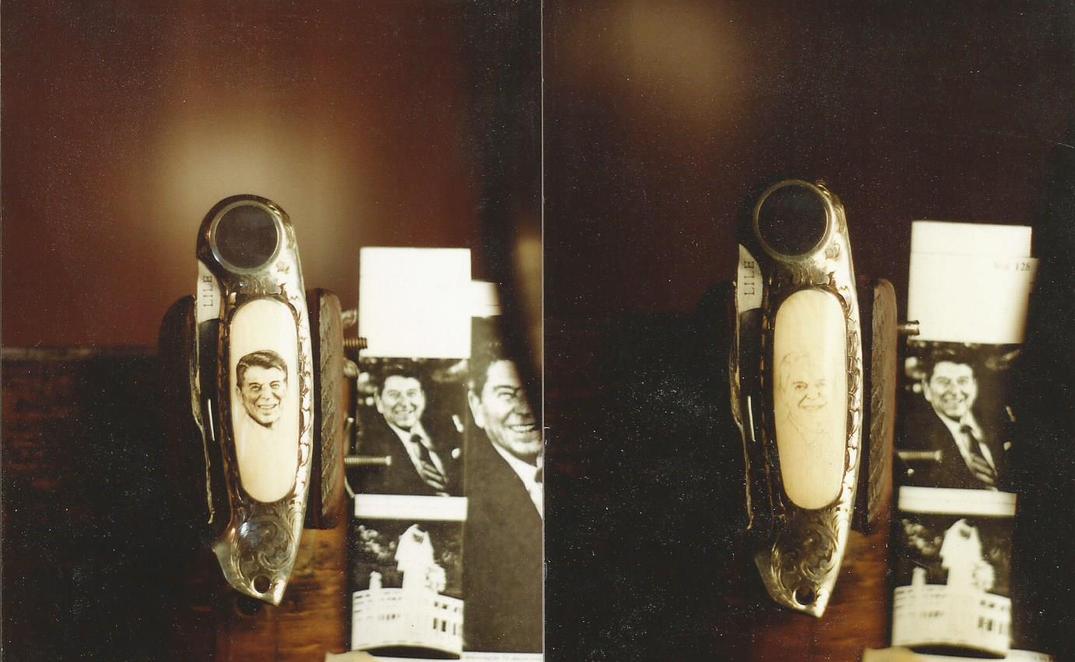 Here is the finished portrait with the added border work to frame it. Sorry my photography isn't too precise. The knife body was fully engraved and beautifully done, befitting the President of the United States.

Here are 2 pictures of the preliminary scrimshaw work of President Reagan's portrait on the ivory inserts of the Jimmy Lile folding knife. The picture at right is the first stage of laying in the faint lines which were developed carefully to complete the portrait. The lines are hand cut with a TINY point stylus and repeatedly inked with a permanent ink to give the portrait depth. The darker the image, the deeper the cuts are to hold more ink. It is a very precise and time consuming process, but you can get unbelievable realism with careful work. The first picture shows the developing and refining of the portrait. I used a magnified, lighted jeweler's loop to be able to do such precise work and be able to see what the heck I was doing. The portrait and border work took me about 3 days to complete. 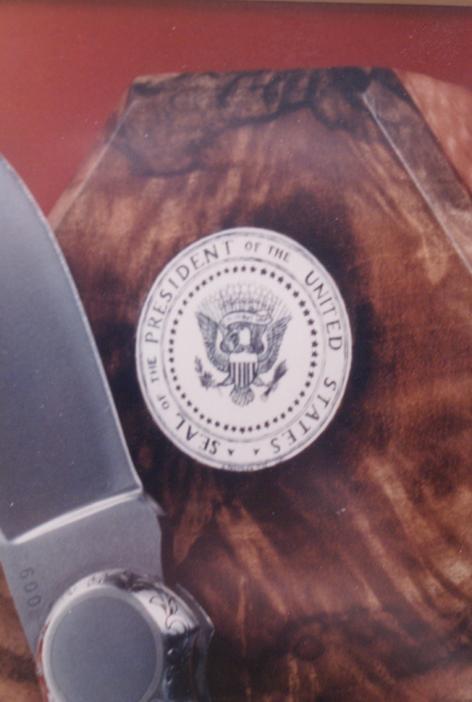