Here's a little closer shot of the cougar. I wanted to get it as lifelike as possible and give it form and depth, which was kind of hard to do on that surface and on that material. 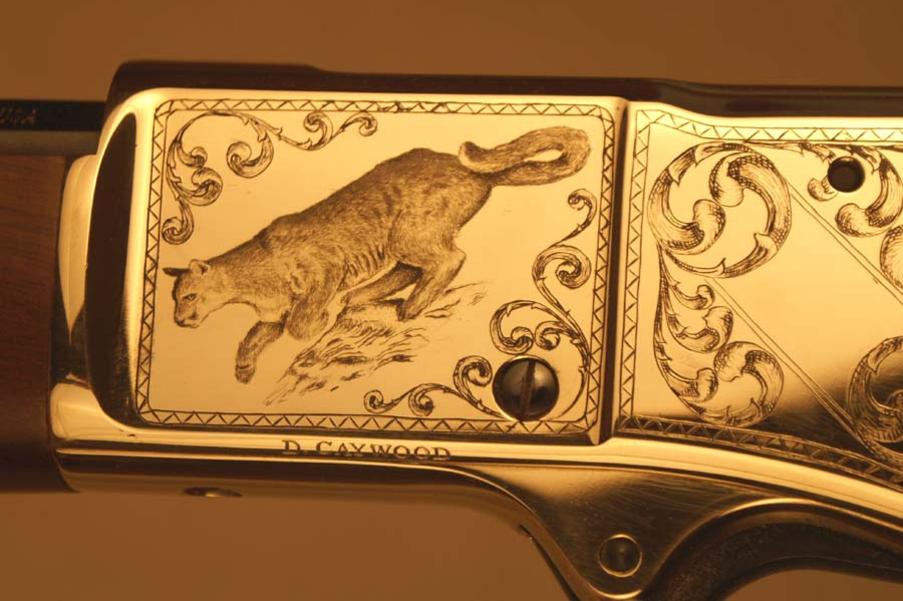 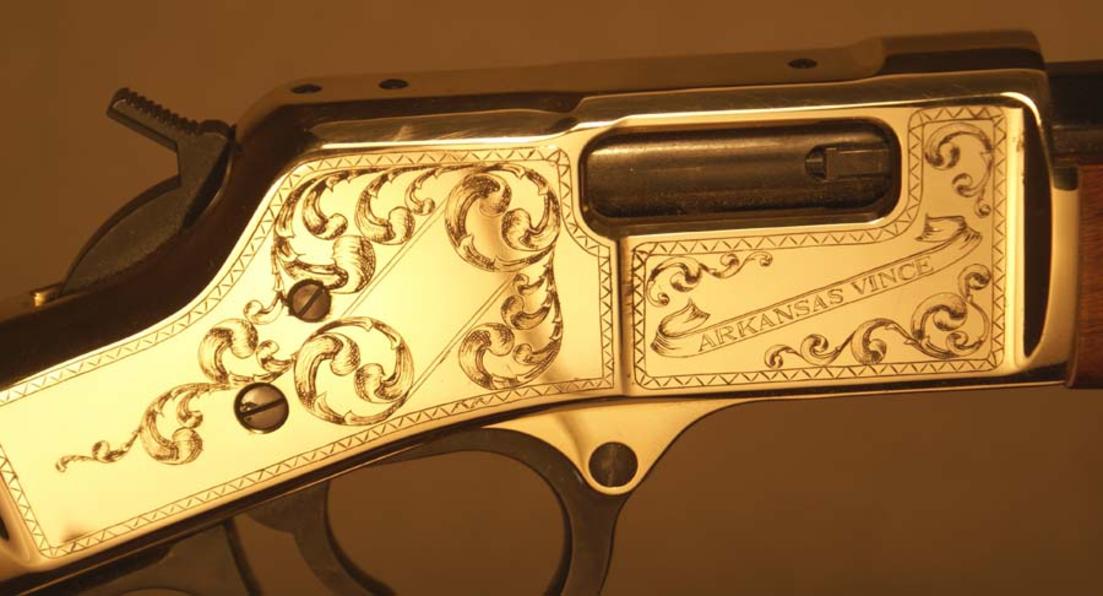 Back to Daily Weekly Updates 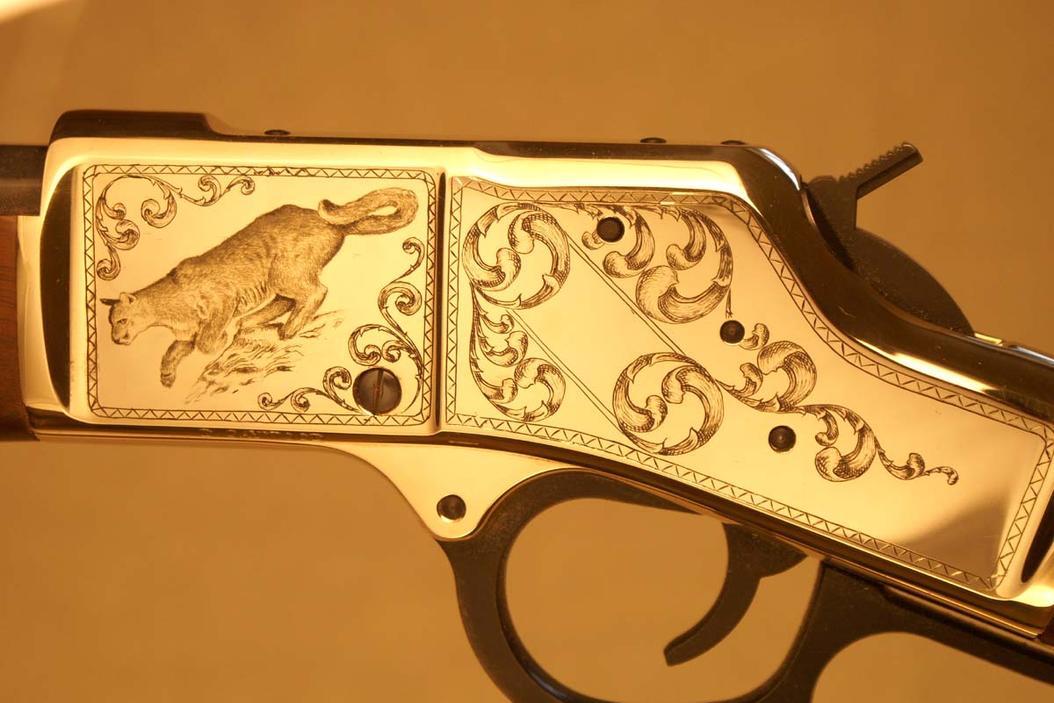 Here's the left side with the cougar leaping off a rock. I used a very sharp stylus needle type tool to do the image. The border and scrollwork were done by hand using a home made engraving tool and small chasing hammer. I had a very difficult time working on such a shiny, highly polished surface. It was also very difficult to photograph since everything wanted to reflect. I just had to angle the work away so the camera itself didn't show up in the reflection.  You can probably see why the Native Americans called this rifle the "Yelllow Boy"!

Here's the opposite side with his name on a banner and the matching scrollwork and border work. All those straight lines and lettering were really difficult to do and took all the concentration my little brain could muster!

The customer had seen the job when it was about halfway done and he was pretty happy with it then, so I hope he'll be happy with the finished product! The caliber is .45 Colt, which was a pretty common cartridge in that period, because it matched the revolver cartridge that was carried by many on the frontier. He said he didn't know if he is going to shoot it!